Grammy winner Patti Austin crosses all musical genres has made 17 solo albums and has performed her award-nominated hit songs on the GRAMMYS® and the Oscars. As a performer, songwriter and vocalist she has had a star-studded career that began at the age of four, making her one of the most beloved artists over the world and a mainstay on the Billboard Jazz Albums charts.  Her most recent release, Avant-Gershwin, won Austin the Grammy for Best Jazz Vocal Performance. As with 2002’s GRAMMY®-nominated homage to Ella Fitzgerald For Ella, Patti worked her magic again with the WDR Big Band on Avant-Gershwin.

A new high water mark for Patti, Avant-Gershwin finds her re-imagining George Gershwin’s complex and fascinating body of work. “You can judge a brilliant piece of music by how you can bend and stretch it,“ said Austin. “I always believed George Gershwin to be avant-garde so I wanted to challenge myself and rework everything melodically and lyrically.” She created unique and personal interpretations with arranger Michael Abene (Lionel Hampton, Buddy Rich, B.B. King), aiming for an operatic but contemporary feeling. Quincy Jones has already said of the album ” ‘Avant-Gershwin’ is a Triumph. Listen Up!”

The ambitious “Overture/Gershwin Medley” leads off the album with a rousing fanfare, bridging together several Gershwin classics and immediately riveting the listener. For “Porgy & Bess,” Austin leaves behind some of the misogynistic messages and portrays a strong female role. She creates “Swanee” in the image of a jazz song, with a hard shuffle. Austin also replaces the conspicuously racist word “mammy” with the word “momma.” The singer follows Ella Fitzgerald’s lead on “Lady Be Good,” making it a rollicking, up-tempo ride. The resulting album is a work that goes beyond the “American Songbook,” into Austin’s bold and profound vision. 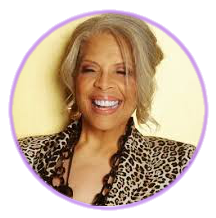