Liz Callaway is a Tony nominee and Emmy Award-winning actress, singer and recording artist. She made her Broadway debut in Stephen Sondheim’s Merrily We Roll Along, received a Tony Award nomination for her performance in Baby, and for five years, won acclaim as Grizabella in Cats. She has also starred in the original casts of Miss Saigon, The Three Musketeers, and The Look of Love.

Off-Broadway she received a Drama Desk nomination for her performance in The Spitfire Grill (Playwrights Horizons), and also appeared in Brownstone (Roundabout), No Way to Treat a Lady, Marry Me a Little, and Godspell. Other New York appearances include the legendary Follies in Concert at Lincoln Center, A Stephen Sondheim Evening, Fiorello! (Encores!), and Hair in Concert.  Regionally, she starred as Venus in the Chicago Ovations! production of One Touch of Venus, in Elegies at Reprise! in Los Angeles, and Fascinating Rhythm at Hartford Stage. She also played Norma Desmond in Sunset Boulevard at Pittsburgh CLO.

Ms. Callaway has also established a major career as a concert and recording artist.  The award-winning Sibling Revelry (created with sister Ann Hampton Callaway) was presented to great acclaim at the Donmar Warehouse in London. Boom!, a celebration of the music of the 60’s and 70’s, also created with her sister was recorded live at Birdland and has toured the country. She had the pleasure of singing Chances Are with singing legend Johnny Mathis, co-starred with Jimmy Webb & Paul Williams in their critically acclaimed engagement at Feinstein’s in New York and joined Burt Bacharach, Dionne Warwick, and Stevie Wonder at Hal David’s 90th Birthday Celebration Concert at the Mark Taper Forum in Los Angeles.

Liz sang the Academy Award nominated song “Journey to the Past” in the animated feature Anastasia and is also the singing voice of Princess Jasmine in Disney’s Aladdin and the King of Thieves and The Return of Jafar. Other film work includes the singing voice of the title character in The Swan Princess, Lion King 2: Simba’s Pride, Beauty and the Beast, Lyle, Lyle the Crocodile and The Brave Little Toaster Goes to Mars.

She received an Emmy Award for hosting Ready to Go, a daily, live children’s program on CBS in Boston.  Other TV credits include In Performance at the White House,Inside the Actor’s Studio: Stephen Sondheim, Christmas with the Boston Pops, The David Letterman Show, and Senior Trip (CBS Movie of the Week).

Liz has released six solo recordings: Passage of Time, The Beat Goes On, The Story Goes On: Liz Callaway On and Off-Broadway, Anywhere I Wander: Liz Callaway Sings Frank Loesser, Merry and Bright and her newest album The Essential Liz Callaway.  Her numerous other recordings include Sibling Revelry,  Boom! Live at Birdland, The Maury Yeston Songbook, Dreaming Wide Awake: The Music of Scott Alan, A Stephen Sondheim Evening, Hair in Concert, the original cast album of A Christmas Story and the complete recording of Allegro produced by the Rodgers and Hammerstein Organization. 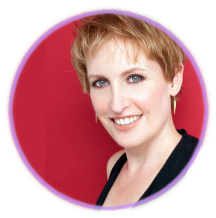 Liz is available to be featured Artist

NEW SHOW: "TO STEVE WITH LOVE"

​Joy to The World