It’s been more than four decades since drummer/producer Bobby Colomby and friends assembled the first group to successfully blend rock and jazz into a genre-crossing sound and style. So successfully, in fact, that the band’s second album, Blood, Sweat & Tears, topped the Billboard charts, beat out the Beatles Abbey Road for Grammy Album of the Year, and produced three major hit singles “You Made me so Very Happy”, “Spinning Wheel”, “And When I Die”.

But now Colomby is looking for much more as he develops the New Blood Sweat & Tears into a contemporary voice, one that reaches beyond a single, nostalgic audience.

“The original B, S &T,” adds Colomby, “was designed to introduce jazz to pop music. That was my passion… it still is and will be with the New Blood, Sweat & Tears. Always mindful that the presentation must be on a very high musical level.”

Toward that end, the new Blood, Sweat & Tears band will perform their hits with spirit, excitement and with stellar musicianship. The band will also introduce some new elements into every performance, including a segment devoted to “Songs We Wish We’d Recorded,” done in classic 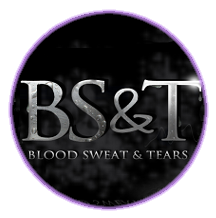